I have a pet shrimp named Moe. He lives in a self contained eco-system that I keep on my living room table.

Quick science for anyone confused about the whole concept of the glass shrimp globe home: There is a plant, water and an air pocket. The plant allows for CO2 consumption and O2 excretion, algae grows due to photosynthesis and the shrimp eats the algae. I don’t officially know what happens to all the shrimp poops. It is possible that Moe lives in his own secretion. This only makes him more badass in my eyes as he does not complain.

When I first purchased my tiny aquatic world I was the proud owner of 5 shrimps. I do not know what when down or who ate someone else’s leftovers but one day Moe was the only remaining sea creature. To be fair, they all looked the same so I had named them all Moe, but now my sole survivor is King Moe. He didn’t want roommates anymore, he wanted the kingdom to himself so he is the one true ruler.

I worry he might be lonely sometimes, but whenever I check on him he is swimming happily around the sphere.

What concerns me more than anything is that I never saw any trace of remains from the other shrimp. I think Moe decided that algae was for chumps and went rogue. The issue now is that he has no meat left to feed on… which leaves the other residents of this home. That glass is thick, but is it thick enough? My only protection is the love and respect that I hope exists between Moe and myself (I worry for the dog though, she is a real wimp).

He is one gangster crustacean. 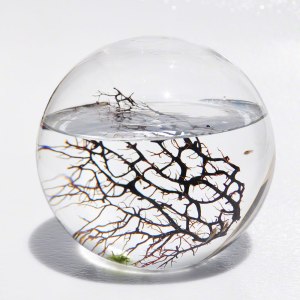 View all posts by spicyinamorata

I'll bet you have something interesting to say about this... do tell! Cancel reply

Social satire from the perspective of a Dysfunctional Unit

Ugh being a grownup sucks.

I've met the truth, and she's a bitch.

A true, uncensored day in my life.

Random ramblings about the stuff and the thing...

Learning to be Funny

A personal blog only one step above poop jokes

The latest news on WordPress.com and the WordPress community.